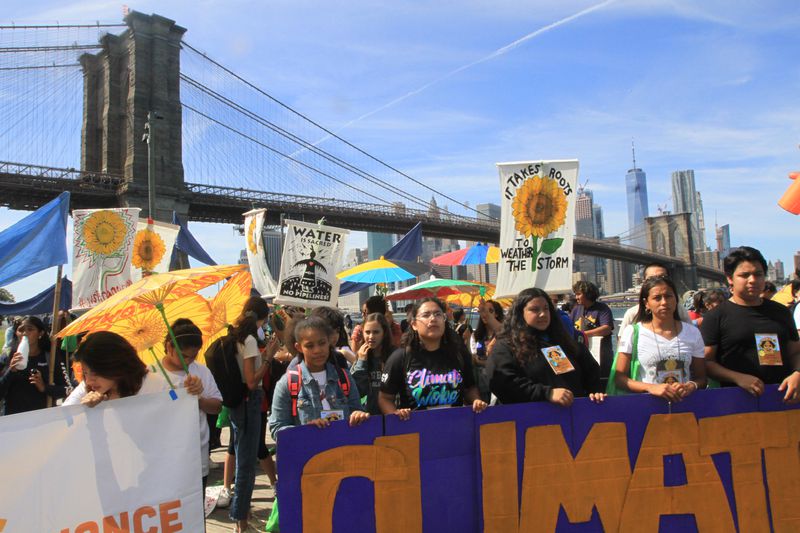 On the 20th of September an estimated 4 million youth around the world took part in a school walkout to protest government inaction on the climate crisis. These marches were organised by the #FridaysForFuture movement, a campaign headed by Greta Thunberg, the 17 year-old girl who famously sat outside the Swedish parliament house every Friday with her “Skolstrejk för klimatet” sign. One person became 4 million and it seems to be a very exciting time in the fight for climate justice.

And yet the headlines are filled with news of the devastating fires in Australia and the Amazon, cyclones killing Pacific Islanders, floods near-destroying farms in England, whole cities in Indonesia. Most of the time awareness is raised, help arrives and the disaster is contained. But it doesn’t seem as though anything substantial is being done to address the root of the problem. No one is doing anything about climate change.

I was privileged to spend September to November in New York City where I met and worked with the amazing activists at the local chapter of Fridays For Future. I striked with over 300,000 students and marched from the courts at Foley Square down to Battery Park at the bottom of Manhattan to hear Greta Thunberg (who had just arrived by sailboat) speak. I spent my Wednesday evenings at planning meetings of the NYC Youth Climate Coalition and learned to do things like organise events and write press releases. The friends I made were crazy! They occupied intersections, protested outside the UN headquarters, hung posters in ridiculous places, had stories written about them by magazines like Teen Vogue. Many of them took part in an Extinction Rebellion action in which they were arrested for civil disobedience. Their passion continues to amaze and inspire me.

The city in which these kids live is well-resourced and they know that if climate change goes unchecked, it is not them who will suffer. It will be the “frontline communities” of Bangladesh, Kenya, Haiti and us, the people of South Africa who will battle the effects of global warming. It moved me to know that there are so many people who care about others and are willing to sacrifice education, time and energy to stand up for what is right.

When faced with our troubled history, it is often hard for us as Jews to acknowledge our privilege. If our water scarce country encounters trouble too hard to endure, many of us will simply move elsewhere. This cannot be said of our fellow citizens living twenty minutes away.

Like elsewhere, it is those in poverty who will suffer. In this country, the number of people falling into this category seems to be perpetually growing. In this way we could be compared to the New Yorkers and I see it as our duty to take action. There is so much to do and such little time.

The Carbon Majors Report of 2017 states that just 100 companies have been responsible for more than 70% of the world’s greenhouse gas emissions since 1988. Pardon me for coming across as “conspiratory”, but it looks as though someone is pulling strings behind the scenes. Corruption is rampant in whichever government you chose to look at and it’s safe to assume it is these very companies keeping leaders in power. This is hardly new information, but that doesn’t mean it should be tolerated. We, the youth, have spoken up. We have an estimated ten years before the effects of climate change become irreversible, this is a matter of urgency.

And still so many ask why the youth refuse to be quiet, why they can’t just stay in school. It begs the question, why should we get an education if the educated aren’t listened to? Why should we go to school for a future we don’t even have? We are not just standing up for ourselves, but for our neighbours and for generations yet to inherit this earth. Kids around the world are already fighting for gun control, women’s rights, immigration reform, LGBTQ+ rights, Black Lives Matter, disability rights, voting rights, political reform, among countless other issues. Take responsibility and fix what’s broken. We will not shut up. We need climate justice now! 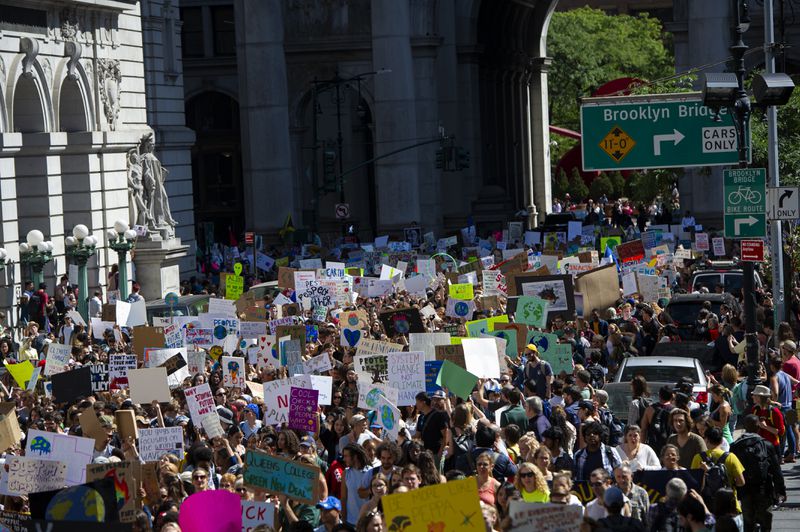